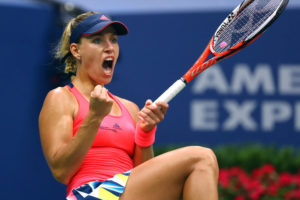 There is a real shocker for mobile communication industry just a few days ago. Italian court ruled cell phone use linked to brain tumor [1]. Telecom Italia employee Roberto Romeo, 57 has been awarded damages for a brain tumor he developed after excessive phone usage required for his job. In a milestone case, an Italian court announced on April 20, 2017 that work-mandated mobile phone use could cause tumors. Roberto Romeo has been awarded monthly support in 500 euros (535 USD) from social security after the court found that the excessive phone use necessary for his job contributed to the development of a brain tumor.

“I had no choice but to use my mobile to talk to colleagues and organize work – for 15 years I was calling all the time, from home, in the car,” Romeo testified. “I started to have the feeling of my right ear being blocked all the time, and the tumor was diagnosed in 2010. Happily, it was benign, but I can no longer hear anything because they had to remove my acoustic nerve.” So, it seems he had acoustic neuroma, a typical tumor provoked by long-term cell phone radiation exposure [2, 3].

We should applaud the court’s decision not to accept into evidence scientific studies financed by the telecommunications industry. Let me remind, it’s not the first Italian court decision on cell phone radiation risk. Yet in 2012, the Italian Supreme Court ruled that cell phones are linked to brain tumors [4]. That case involved a business executive Innocenzo Marcolini seeking compensation from the Italian Workers’ Compensation Authority after developing a tumor in the left side of his head while using his mobile phone for five to six hours a day for 12 years. He developed a tumor affecting a cranial nerve, which was not diagnosed as cancerous but required surgery that badly affected his quality of life. But that time application for financial compensation was rejected, saying there was no proof his tumor had been caused by his cell phone use at work. Again, the supreme court based its ruling on studies conducted by Professor in oncology Lennart Hardell team at Orebro University in Sweden. The court said the research was independent and unlike some others, was not co-financed by the same companies that produce mobile phones. Just recently I searched “cell phone health risks” on YouTube to see what’s going on there. The picture was rather optimistic and so far from reality. In the most videos, brave young men with perfect artistic skills explained how stupid we are if think on possible risks of cell phone radiation for our health. It’s impossible because … just impossible. They confidently argue that cell phone radiation being non-ionizing can’t have any biological effects except of heat. Producers hired by the telecom industry forgot or maybe they don’t know that, for example, visible light is non-ionizing radiation too. But we hardly will state that that type of radiation does not induce non-thermal biological effects like photosynthesis or photoregulation. (Both effects are positive but demonstrate that non-ionizing radiation do have regulatory potential for living cells.) I found just a few videos with professional comments and real value for the viewers. One of them is below. It’s simple, professional, and practical. (The only debating issue is the comment on Bluetooth use.)

So, it seems Italian courts know a little bit more on the issue than others. Also, it seems that the process began. Just remember the history of the tobacco industry when they lost hundreds billion dollars in 1990th in health-care cost due to smoking-related illnesses. That battle also took a time but at the end scientific evidence overcame “we-do-not-have-any-evidence” position of the tobacco bosses. Of course, it will be uphill battle for customers again because the telecom industry is more than prepared due to huge interests, huge resources, and unfortunately due to doubtful strategy in health issues. The only reliable thing to control them, as for me, is more and more independent scientific research and broad dissemination of scientific results among the public. But cell phones are significantly different from tobacco. Tobacco is bad in all meanings, but cells are valuable in many ways despite of adverse effects of microwave radiation exposure. So, obviously here we should not fight against the new technologies. It would be real stupidity. But we should guaranty using the safest technology options as we can for us and for our children.

PrevPreviousQuiz 01 – iPhone and health: any link?
NextBill Gates and Steve Jobs restrictions on wireless for their kidsNext