What science knows about electrohypersensitivity? 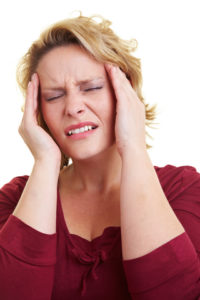 I guess most people heard or read something about that strange phenomena which is called electrohypersensitivity (EHS). And, unfortunately, some people, especially those who search such kind of posts, know exactly what it is from their own experience. Generally speaking EHS is kind of allergy to electromagnetic radiation, sometimes in very severe form, with some typical and non-typical symptoms. You’ll find a lot of information on the issue on the net, starting from the article in Wikipedia and ending up with specialized sites. So, then what new I want to discuss here? Well, I want to give some brief analysis on what science knows on this complicated problem. Unfortunately, science knows not so much this time. But, nevertheless, we have a dozen research which cover different aspects of the problem and provide us some very valuable information. I will not discuss here all publications I met, especially those which support the idea that EHS is just kind of psychosomatic phenomena when people just imagine, just think that they have health problems due to EMF exposure. It’s a total stupidity, any real EHS person tells you. This notion is something like if you say that person with allergy to pollen just imagine this. So, here I’ll cover the questions how big a scale of the problem, what are the main reasons/starting points of EHS, the most often/typical symptoms, and do we have any effective treatment for this condition.

First, the scale of the problem. As I wrote in one of my previous posts (see here), starting from single cases at the beginning of computer era, EHS reached up to 10% of population in developed countries yet in 2007-2006 [1]. Moreover, a few recent surveys from different countries demonstrate that as much as 30% to 60% of adult population experience pain in the head or in the ear during or after long-term cell phone talks [2, 3]. As for me, it can be the very first signal of coming health problems for all these people, and other symptoms of electrohypersensitivity can be developed in their bodies in a couple of years. And tremendous and sustainable growth of electromagnetic radiation around us due to introduction of new wireless services will only recruit new victims of EMF overexposure. If a few years ago and even nowadays internet communities of EHS people discuss the issue that it’s hard to explain their problems to healthy people, very soon the situation will change dramatically and their experience will become very valuable because more and more people will suffer the malady and will search a solution of the problem. For example, yet a 2006 survey among Swiss general practitioners revealed that almost 25% of them had from 5 to 50 patients with electrohypersensitivity symptoms during a year before the survey [4]. I think today this number is much bigger. So, EHS population is rather big nowadays and is continuing to grow. What’s about age and sex distribution? Surveys from Netherlands, Finland and Japan revealed that most vulnerable to electromagnetic radiation are experienced people who have long-term contacts with EMF [5-7]. In all three surveys, more than half of EHS persons were the people older than 40. And in Finland, for example, almost 30% of all EHS were people 60-69 years old. It’s logically enough, the older people had more years of EMF exposure in their lives and more time for the symptoms of EHS to be developed. That is why, by the way, those young brave enthusiasts with strong technical background but with total lack of biological knowledge should think twice before they proclaim something like that “EMF risks? It’s nonsense and I’ll never waste time on such issues”.

Next, it is fact that women are much more vulnerable to the EMF exposure that men. According to all published papers, women consist from 68% (in Netherlands) to 95% (in Japan) of all EHS persons. It means that from each 10 electrohypersensitive persons there were 7-9 women and only 1-3 men. I want to analyze the reasons of this in one of my next posts, but just now it is clear that sex does matter in the issue. Among the other symptoms reported by EHS persons there were anxiety and restlessness, arrhythmia, nausea, muscle tension, agitation, itching hair, spasms, changes in blood pressure and others [4-7]. More than a third of these people simultaneously suffer from multiple chemical sensitivity [7].

How bad can it be? Very bad. For example, Japanese EHS persons confirmed that 65% of them had problems to use public transportation due to irradiation from other persons’ mobile phone. And every second had lost their jobs due to the condition [5].

The sources of EMF which caused onset of electrohypersensitivity. More than half of EHS Finns named mobile phones, personal computer displays, fluorescent lights, television set, and power lines [6]. Meanwhile Japanese and Swiss EHS persons pointed to the base stations as the main reason of their health problems [4, 5]. I did not see separate line on WiFi effect assessment in those surveys, but those of you who experience the problems with EMF can confirm that this is one of the most powerful triggers of the malady. Among the other sources of EMF caused the problems, people named personal computer central units, laptops (surely with WiFi), microwave ovens and even newly made cars [6].

And now is the most intriguing question: Is it curable? And what should we do in this situation. The published scientific papers give rather optimistic answer: in many cases we can significantly improve the situation due to proper approaches and treatment. By the way, I was pleasantly surprised to read that more than 60% of general practitioners in Switzerland yet in 2006 realized that EMF exposure can cause health problems in their patients. This means that their patients were given proper exposure-focused advice. The patients were advised to get rid of the EMF sources, e.g. by switching the source off, move house, and avoiding the EMF when possible. And according to the doctors, 43% of patients experienced health improvement just due to following these advice [4]. Of course it’s not so easy in our modern world “to follow such advice” and it’s only 43% of patients, but nevertheless, it’s an indicative result. And I want to make it very clear, if you have reaction/allergy to EMF, you should avoid the exposure as much as possible. There is no other way to improve the condition significantly without this very first step.

As for the other effective treatment of EHS, the researchers from Finland provided the most full comparative analysis of different approaches [6]. The table below indicates that the most effective treatments were change in diet, nutritional supplements, shiatsu, traditional bone setting, increased physical activity, and removal of dental amalgams. While the article doesn’t reveal the details of these approaches, I am pretty sure the diet changes and nutritional supplements aimed at improvement of general condition and coping the symptoms of oxidative stress due to EMF exposure. I think the diet included a lot of fresh fruits and vegetables, restriction of sugar, salt and flour, and provided a lot of vitamins and minerals which fight oxidative stress. Something like this. This approach are supported by researchers from Japan and Sweden, who indicate the importance of antioxidant supplements in this case [5]. (See more on oxidative stress due to EMF exposure in my post here.) Also, researchers indicate effectiveness of magnesium and vitamin B12 for EHS treatment. In Japan, EHS persons along with dietary therapy and supplements usually received some forms of complementary alternative medicine. High effectiveness (“so-so good” or “very good”) were recognized by EHS persons for chiropractic, “energy healing”, and kinesiology (human body movement) [5]. It is indicative, that psychotherapy and medicinal therapy were absolutely ineffective (see the table below). In conclusion, I strongly recommend you to watch this video below from TEDx Berkeley. That guy, Jeromy Johnson, knows the issue from two different sides, being a former Silicon-valley engineer and being currently electrohypersensitive person. And his point of view is one of the wisest I met on the issue: We should recognize the global scale of the problem and make so strong pressure on the industry that they at last start to produce really EMF-safe (not fake safe) technologies and products.