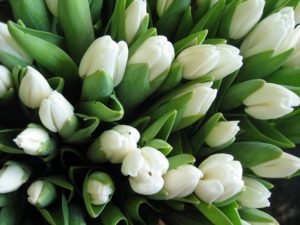 So, today is the International Day of Women and Girls in Science, which was introduced by the UN a couple years ago. And this is a proper time to recall us, men, what you, ladies, have made in science. Keeping in mind that men managed to organize this world on the principle of patriarchy, where even access to quality education was a problem for women during the centuries, your contribution, ladies, is remarkable indeed. You discovered new chemical elements and comets, worked on radioactivity and nuclear fission, firstly obtained X-ray image of DNA and opened “jumping genes”, discovered telomerase and nerve growth factor, and even have been leading experts in primates social lives (rather useful thing for communication with us, men).

Let me here give just a brief reminder on three incredible women in science. Three, who were Nobel laureates with still unbroken records: Marie Curie, the only person in history who won two Nobel Prizes in two different scientific categories; Rita Levi-Montalcini, the first Nobel laureate lived over 100; and Barbara McClintock, the only woman in history won unshared Nobel Prize. By the way, I borrowed “data” from article of science writer Lisa Winter, whose activity is great contribution in science itself.

As women in Warsaw were not allowed to attend college when she came of age, Marie was educated secretly for a few years until she moved to Paris to get a proper degree. There she met Pierre Curie, a physicist whom she would later marry. Together, the Curies collaborated on Marie’s work on the radioactivity of uranium. The pair went on to win the 1903 Nobel Prize in Physics. Marie was the first woman to win a Nobel Prize.

After her husband’s death, Marie was awarded the Nobel Prize in Chemistry in 1911 for the discovery of radium and polonium, and she remains the only person in history to win Nobel Prizes in two different scientific categories.

“We must have perseverance and above all confidence in ourselves. We must believe that we are gifted for something and that this thing must be attained.” – Marie Curie

She earned her medical degree even though her father did not approve of women getting an education. She wasn’t able to find a job doing medical research due to anti-Jewish laws passed by Benito Mussolini. But neither her father nor a fascist dictator could stop her from pursuing her dreams.

She continued her research throughout World War II from a lab she built in her bedroom and immigrated to the U.S. in the 1950s. She went on to co-discover Nerve Growth Factor, a protein-like molecule that grows and maintains neuron health in the brain, which earned her the Nobel Prize in 1986.

Levi-Montalcini lived for more than 100 years, leaving behind an incredible and inspiring legacy. “Above all, don’t fear difficult moments. The best comes from them.” – Rita Levi-Montalcini

It was Barbara McClintock’s mother who didn’t want her going to college, out of fear it would destroy her chances at marriage. McClintock’s father disagreed and pushed for his daughter to attend Cornell, where she studied botany and genetics (though the university didn’t give women genetics degrees at the time).

She is most widely known for discovering certain sequences of DNA that can change locations within the gene. When this happens, it can affect how the gene is expressed. Officially known as “transposable elements,” they are often referred to as “jumping genes.” While some of these mutations are harmless, others are responsible for diseases like hemophilia and breast cancer.

In 1983 McClintock became the first woman to be awarded an unshared Nobel Prize in Physiology or Medicine — a record she still holds. “If you know you are on the right track, if you have this inner knowledge, then nobody can turn you off… no matter what they say.” – Barbara McClintock

Thank you, ladies, for your service to science and humanity.

And guys, let’s recall the other remarkable ladies of science over the world, over your country or over your lab. Please, leave comments below.