Elon Musk, the Quest for a Fantastic Future, and Human Biology 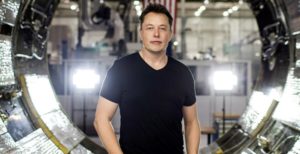 I just have finished reading Ashlee Vance’s book “Elon Musk. Tesla, SpaceX, and the Quest for a Fantastic Future”. Definitely, it’s a must read for everyone who is interested in modern technology, high-tech business, and is thinking about a future of our planet. Exciting subject, excellent text, and extremely professional analysis of phenomenon of Elon Musk. Among other things, it includes, by the way, some very practical issues for parents who want to see their child a next Elon Musk: little Elon was obsessed with reading. He read a few hours, sometimes 10 hours, every single day. Or, for example, a lesson for team leaders – Musk has a talent to find and involve into his projects the brightest people in the field (while he can modestly affirm on TED something like “I have designed and built all those rockets”).

Elon Musk changes the rules of a planetary routine

Well, as for the future, Ashlee Vance’s analysis clearly demonstrates that Tesla, SpaseX, and SolarCity are all kind of things that almost inevitably will change the rules of a planetary routine in a nearest future. And Elon Musk, who stays behind all of them, is potentially one of the most powerful business players over the world in a couple of nearest decades. And his dramatic success with SpaceX and Tesla has clearly demonstrated to skeptics that his plans and ambitions about our planet’s future should be taken into account seriously. Musk plans to cover the Earth with a microwave blanket

That is why Musk’s plan to cover the Earth with a microwave blanket from a few thousand satellites to provide global Internet as soon as in 2019 [1] is more than a real issue. And here is a question. Does Musk take into account the public health risks from such financially ambitious and technically amassing plan? I am pretty sure not. Being a physicist by background and a self-made engineer, he just does not need to dig deep into biomedical issues for his projects. Let’s see. Being a highly educated guy, he surely knows that some guys somewhere work hard (presumably almost as hard as he does) on the issues of human health and human biology, including, of course, biological risks of microwaves. And he or his people will easily find out that those guys, biomedical experts, elaborated yet a few decades ago, and some authorized regulatory bodies adopted yet two decades ago relevant regulatory norms on such issues. Exactly, he’ll find officially adopted safety limits on public exposure to EMF from the International Commission on Non-Ionizing Radiation Protection (ICNIRP) [2], and the same limits from the Federal Communications Commission (FCC) or other national regulatory agencies, supported by the World Health Organization (WHO). And he sees that these limits do allow him to increase significantly microwave background on the planet in term of global WiFi without any risks for public health. Done!

Oh! There is some discussion among biomedical scientists and experts about adequacy/inadequacy of those safety limits on EMF exposure. And some those biomedical guys assert that those limits are not safety at all, and that there is a lot of evidence that under the “safety limits” the exposure to microwaves provokes significant cancer risks, electrohypersensitivity and other unpleasant health effects in human body. But for uninitiated quick-thinking genius of modern high-tech businesses it seems kind of pure scientific discussion for those who are interested. He already caught the idea – official regulations allow him to realize the project, period.

So, it’s not a problem of Elon Musk, and it’s not his fault. He is a high-tech businessman, who works hard to provide great new services for humanity. Moreover, such services will be crucially important for those humans who will colonize Mars. He works on the edge of modern technology and on the edge of his own human potential to reach the goal to make the humanity interplanetary civilization as soon as possible, and promote a bright and sustainable future for the humans as a biological species. He fight regularly with technological restrictions and physics laws limitations to achieve this goal. Never being in biology or medical science, he hardly think about public health risks seriously. Intriguing detail is that, as Ashlee Vance noted, Musk while thinking about how to save the humanity, actually is a very bad doer as for his own health due to his tough sleep restricted regime.

The Tesla 3: On March 31, 2016, Tesla unveiled the Tesla 3. In three months, Tesla reported about 500,000 reservations. The Model 3 is one of the first cars to have a barren dashboard, with the exception of a center mounted LCD touchscreen. Bloomberg News claimed that the Model 3’s unveiling was unique in the 100-year history of the mass-market automobile [5].

And when Musk does cover the planet with blanket of microwaves from more than 4 thousand satellites around, and does significantly increase microwave background of the surface of the planet, and does provoke a huge long-tern negative impact on public health, it will not be his fault, indeed. It just means that those guys from ICNIRP, FCC and WHO do not perform their job as good as Musk does his job.

Sad but predictable outcome of microwave overexposure of population

By the way, just for those guys from all those agencies above, who still “don’t see any evidence” of adverse effects of EMF/MW exposure from wireless devices for human health, the latest statistics from the Swedish Cancer Registry first time ever revealed significantly increased levels of some types of cancers, e.g., tumors in the mouth, thyroid tumors, and malignant brain tumors, glioma grade 3-4 among the Swedes during the last decade or so [3]. Definitely, these types of tumors in the head and neck can be a result of long-term microwave exposure of these parts of human body from cell phones. Just as it was demonstrated earlier on the same population by Prof. Lennart Hardell in many cohort studies. (See details in my free eBook on the issue.) So, it is very sad but very predictable outcome of overexposure of the public to wireless radiation. The diagram shows the standardised incidence of thyroid cancers in Sweden 1970-2016. The increase among women since 2008 is over 150%. The thyroid is more exposed to mobile phone radiation since the introduction of the so called ”smart phones”, that have antennas also at the bottom of the phone [3].

It seems that humanity is already in a trap

Truly speaking, I am rather pessimistic right now about global coping of the problem of health effects of wireless radiation. It seems that humanity is already in a trap: those who understand the problem don’t have a power to cope it, but those with the power don’t see any problems. It seems we will have belated and painful solution after decades of more “strong evidence” in this global biophysical experiment with some non-scientific side question – how dramatically public health should be deteriorated due to the global microwave overexposure of humans to force the industry and authorities to admit that the problem exists.