Nikola Tesla, you and electro-sensitivity 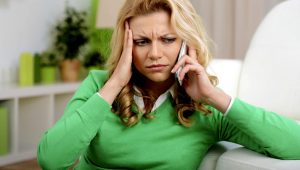 Nikola Tesla, the world number one inventor in field of electricity, who discovered both alternative current practical potential and wireless communication principles, seems to be also the first ever victim of electrosensitivity (electrohypersensitivity, electromagnetic hypersensitivity).

This medical condition, when people suffer due to electromagnetic exposure has been described in details by Dr. Olle Johansson from Karolinska Institute, Sweden [1]. Typically people have skin and mucosa related symptoms (itching, smarting, pain, heat sensation), or heart and nervous system disorders after exposure to computer monitors, cell phones and other electromagnetic devices. Also, fatigue, irritation, headache, sleep disorders, hormonal imbalances and even low sex drive were detected in people living in increased levels of radiofrequency radiation, e.g. nearby cell phone base transceiver stations [2, 3]. By the way, in Sweden electrosensitivity is officially recognized medical condition.

In the case of Nikola Tesla, as it was described in his biography written by his friend John O’Neill, he suffered hypersensitivity greatly in his later years: ” One of the symptoms of the illness was an acute sensitivity of all the sense-organs. His senses had always been extremely keen, but this sensitivity was now so tremendously exaggerated that the effects were a form of torture. The ticking of a watch three rooms away sounded like the beat of hammers on an anvil. The vibration of ordinary city traffic, when transmitted through a chair or bench, pounded through his body. It was necessary to place the legs of his bed on rubber pads to eliminate the vibrations. Ordinary speech sounded like thunderous pandemonium. The slightest touch had the mental effect of a tremendous blow. A beam of sunlight shining on him produced the effect of an internal explosion. The strange manifestations he exhibited attracted the attention of a renowned physician, who declared that medical science could do nothing to aid him.” Obviously, Nikola Tesla case could be a result of extreme electromagnetic exposure he subjected himself during long-term and active experimentations with electricity. And a few were people those days with so high level of electromagnetic exposure. But it’s not an exception our days. Today levels of electromagnetic background are hundred thousand times higher for most of us than in Tesla’s days for most people. So, WILL WE ALL BECOME ELECTROSENSITIVE? The article with exactly the same question in the title was published in American scientific journal Electromagnetic Biology and Medicine yet in 2006 [4]. Using statistical data from Austria, Germany, Great Britain, Ireland, Sweden, Switzerland, and the USA, the authors demonstrated that starting from single cases of electrosensitivity at the beginning of 1980th (0.06% of total population in Sweden in 1985), this medical condition covered over 10% of population in some of these countries in 2003-2004. See the graph from this article below. Moreover, the authors predicted that in 2017 a half of population of developed countries can become electrosensitive. But wait, wait a minute, 2017 is right now. So, was that prediction correct? Let’s see. Dynamic of electrosensitive persons among population in some developed countries (adopted from [4]).

In 2010-2012 in surveys among Ukrainian university students, we detected that as many as 43% of young people had headache or pain in the ear during long-term cell phone conversations. Moreover, among those who used cell phone more than 10 years, exactly 50% experienced headaches/earaches while keeping a cell phone near the head [5, 6]. Polish researchers unveiled in 2014 that asas 63.2% of cell phone users in the country had symptoms of headache if they talked often and during a long time [7]. As for the base transceiver stations for mobile communication, yet in 2002 French researchers showed that people living 50 m from those antennas, experienced fatigue in 72% of cases, sleep disorders – in 57.5% of cases, and headaches in 26% of cases [2]. You just need to wait a little bit to have another one near you, if you still accidentally don’t have it so close. If it’s not electrohypersensitivity, what is it? And bear in mind that in most those cases with cell phones or base station antennas, levels of radiofrequency radiation while had been elevated were still in official “safety” limits.

Well, of course, for most of those people, there was not an extreme manifestation of the malady because they could stand it. What are the extreme cases? You’d better not know personally. But I’ll give you some general idea. People suffer so much that they can’t use a cell phone and a computer, they leave their jobs, houses, and neighborhoods for only purpose to find a place on the earth with lower level of electromagnetic exposure. You’ll find rather famous people among them. One of the best-known electrosensitive nowadays is Gro Brundtland, former Norwegian Prime Minister and former World Health Organization Director-General, also well-known as an author of UN report on sustainable development “Our Common Future” (Brundtland report). She became electrosensitive after an accident with a microwave oven in 1998, just two months after she become Director-General of the WHO. In her interview to Norwegian newspaper she admitted: “In the beginning I felt a local warmth around my ear. But the agony got worse, and turned into a strong discomfort and headaches every time I used a mobile phone.” She thought she could escape the pain by shorter calls, but it didn’t help. “I felt after a while that I had developed a sensitivity against the radiation. And in order not to be thought to be hysterical – that someone should believe that this was just something I imagined – I have made several tests: People have been in my office with their mobile hidden in their pocket or bag. Without knowing if it was on or off, we have tested my reactions. I have always reacted when the phone has been on – never when it’s off. So there is no doubt.” So, here is a reality of our days – many people suffer from electromagnetic radiation (over)exposure, mostly due to mobile communication systems, and some of them suffer severely. The prediction of scientists that we all will become electrosensitive is rather plausible, as for me. By the way, do you know something about the power of prediction? Yes, exactly, especially if the authorities and regulatory bodies do nothing to reverse the prediction.

A special extremely important issue is how to live with electrosensitivity. And it’s a topic for special post. But just now my practical tip is: try to avoid as much as possible unnecessary electromagnetic overexposure, which actually means try not to become electrosensitive as long as possible. Some tips on how to handle your cell phone safely see in my free eBook.

Be wise and healthy.