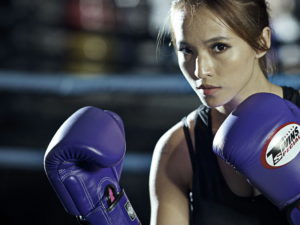 American biochemist and biophysicist Albert Szent-Györgyi, Nobel laureate, who contributed a lot in bioenergetics, stated something like that: A biologist should be very skeptical if a physicist says that some event is impossible in living organism because when that event nevertheless will be reliably detected, a physicist will explain the phenomenon as if it’s OK.

That notion of the experienced scientist is in line with a situation around cell phone / WiFi radiation effects on human health. During decades physicists / technicians stated that any effects of microwaves (e.g. cell phone and WiFi radiation) in humans except of heating the tissues are impossible, and respected scientist should never study such nonsense. But some stubborn biologists / medical scientists nevertheless studied the issue and found that something is wrong with perfect physical theory according to which only ionizing radiation can affect living cells. Low intensity microwaves being non-ionizing do affect living cells. And that is not heating. Non-thermal effects of microwaves can be very perceptible and very harmful, including many disruptions in cell metabolism, damages of DNA, and even cancer transformation of exposed cells. So, now physicists have a real challenge – to keep repeating that it’s just impossible or to think out how is it possible. This is especially challenging for those physicists who have never read biological journals and just don’t know about the results of biological research on the issue, and thus “don’t believe” in it.

Also, the other nuance here is that business uses physicists, not biologists for elaboration and implementation all those wireless technologies. So, some (most?) industry guys with technical background prefer not to notice those stupid biological effects, which can hamper their bright ideas and prospects. Those ideas technically work perfectly and give them generous rewards from the industry. As one medical doctor from Spain said, the problem is that “these [micro]waves are emitted by companies that are at the top of all stock indexes”. This literally means that these companies are ready to spend huge money “to protect” their businesses and their customers from any information on those “noxious for business” biological/health effects. Just recently well-known Swedish oncologist Prof. Lennart Hardell published in the International Journal of Oncology critical analysis on the situation around wireless technolgies and the World Health Organization (WHO) [1]. Long story short: Wireless industry provides its money and its own experts to the WHO. In return, the WHO doesn’t see adverse health effects of wireless technologies. Simple like that. By the way, the article provides concrete names, groups of interests and events. And, by the way, it’s a peer reviewed article in world-class scientific journal. Meanwhile, today science demonstrates a huge amount of evidence not only on adverse health effects of low intensity microwaves (see my post on the issue), but also on molecular mechanisms of such effects. And now both biologists and physicists, who are interested in understanding the real situation, have a lot on a plate. Let’s see.

For starter, indeed, microwaves can heat things, both living and non-living, or cause those mysterious non-thermal effects in living cells. Microwaves heat substances due to resonance oscillation of electric charges in electromagnetic wave. Remember, that to heat a substance just means to make molecules inside vibrate faster. For example, microwaves heat food in the microwave oven because of dipole molecules of water in food oscillate vigorously in microwave flow. Thermal effects of microwaves strongly depend on the intensity of radiation and are neglectable under low intensity exposure.

On the other hand, non-thermal effects of microwaves happen under low intensity radiation. And unexpectedly for many, even very low intensities, much lower than official “safety” limits, can cause significant destructions in cell metabolism. For example, it is experimentally proven that low intensity microwave exposure increases level of free radicals and so called reactive oxygen species (ROS) in living cells. Both are very chemically aggressive agents. This happens due to activation of ROS-generating systems in exposed cells, say, cell membrane enzyme NADH oxidase or due to some disruptions in electron-transport chain of mitochondria under the exposure [2-4]. Next, those aggressive chemicals initiate “wrong reactions” in living cells, which result in oxidative stress. Term oxidative stress comprises a variety of oxidative damages, including oxidative damages of DNA, lipid membranes and proteins. It is important to underline, that both oxidative and mutagenic effects of low intensity microwaves were reproduced in dozens of independent laboratories over the world, and only aggressively ignorant industry experts still don’t see “any evidence on biological effects of low intensity microwaves”. For example, recently our international research team carried out meta-analysis, trying to identify all experimental studies published on oxidative stress in living cells/organisms due to low intensity microwave exposures [5]. We have found 100 publications altogether, including 6 studies in humans, 73 studies in animals, 18 in vitro studies (cell cultures), and 3 studies in plants. From those 100 research over the world, 93 demonstrated significant oxidative effects in exposed objects and only 7 studies did not show such effects (4 studies out of 6 in humans did). Microwave exposure significantly induce generation of reactive oxygen species in human spermatozoa, starting from SAR=1 W/kg, while official safety limits are 1.6 W/kg for the USA and 2 W/kg for Europe (De Iuliis et al, 2009, PLoS One [2]). See my red mark for that point.

Thus, today we know exactly that low intensity microwaves like those from cell phones and WiFi induce oxidative stress in our cells. So? Well, oxidative stress is closely related to health issues, causing or promoting both non-cancer and cancer pathologies in human body, from allergies (possibly, including electrohypersensitivity) to brain tumors [6, 7]. A significant increase in oxidative damages of DNA in quail embryonic cells after a few days of exposure of embryos to a commercial model of cell phone (Burlaka et al, 2013, Experimental Oncology [3]).

And here is a very practical issue: We can significantly mitigate harmful effects of cell phone / WiFi radiation through coping with oxidative stress induced in our body by the exposure. Of course, the best (and wisest) way is to eliminate the exposure from our life, but you and I know perfectly well it’s  hardly possible. (The other thing, we could try to decrease it as much as possible.)
Experimental studies from different laboratories have demonstrated that antioxidants help to overcome oxidative stress caused by microwave exposure of lab animals. Protective effects have been proven for such antioxidants as vitamins E and C [8, 9], selenium, L-carnitine [10], melatonin [11, 12], caffeic acid phenethyl ester [13], and even for garlic extract [14, 15]. You know, antioxidants are called so because they help our cells to fight against oxidative stress. So, they should help our body in hard time of overexposure by definition. But do not rush to the nearest pharmacy. Research says that natural antioxidants from our food are much more valuable in this case because with proper food we get a huge and balanced amount of other helpful things like vitamins, minerals and phytochemicals.
So, my advice is: Be sure to load yourself as much as possible with high-quality fresh fruits and vegetables, especially with green vegetables, like broccoli, spinach or parsley. They contain tons of natural antioxidants, as well as vitamins, minerals and phytochemicals. And be informed that except all other benefits for your health, they will protect your body, at least partly, from chronic overexposure to microwaves from all those wireless devices around. The rule of thumb here is you always should have greens on a plate a little bit more than all the other stuff together. Eat greens or fruits always when you are “unexpectedly” hungry instead of junk food and you’ll be amazed by the results. The only side effect here is you’ll become slimmer and younger in a few months. As for me, low-fat meat, eggs and even low-fat dairy is ok, too. Especially if you are physically active. And, of course, don’t forget about “healthy fat” like nuts or avocado. But, please, say NO those distractive donuts and soda three times a day (once a week is OK). Drink a lot of water instead. In some particular cases a specific treatment with high-quality supplements, including antioxidants, vitamins and minerals can be helpful. Ask your doctor about vitamins E, A and D, sulfur complexes (e.g., MSM), and about a lot of vitamin C. And don’t forget about calcium, as microwave exposure destroys calcium metabolism, too [16, 17].
Regular physical exercises are mandatory. I personally prefer moderate weight lifting and running, but research and logics say that any proper physical activity will make your body stronger and healthier. And have enough rest and good sleep at night. Keep in mind that overtraining actually has opposite effect, increasing oxidative stress in your body.
Spend a time outside, the more the better. But be sure that there is no cell phone tower over your head in a park. And, of course, don’t forget to reduce wirelesses a little bit around kind of use a cell phone a little bit less and change WiFi on wired internet connection on your home computer (and maybe in office, too). As for a cell phone, see some practical tips how to reduce the exposure in my free eBook on the issue.
(By the way, the tips above are not only from research papers, but also from the experience of electrohypersensitive people, who fight vigorously with the exposure effects and feel the results precisely.)
Be informed and healthy,